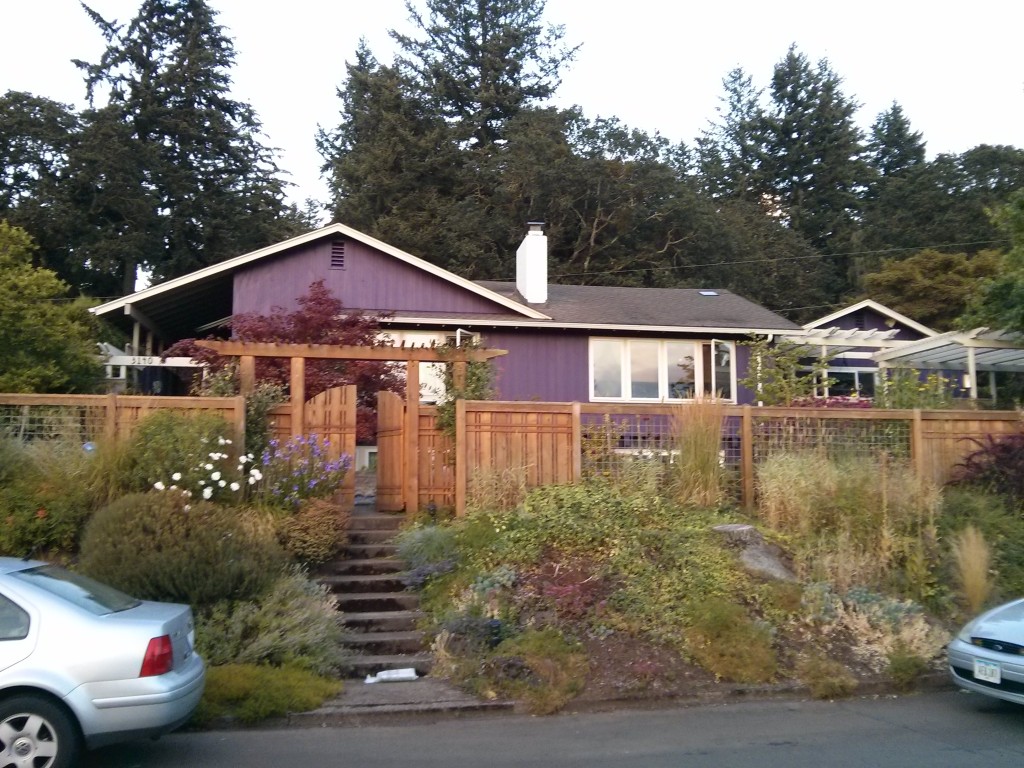 This home is that perfect shade of purple that Jodi and Michael were thinking of.  It’s coated with  PPG Manor Hall Eggshell mixed to a custom color using California Paint’s Trillion Colorants.

The fence is coated with Messmers UV Plus Natural Cedar

This customer sent us before and after pictures of his experience with California Paint’s Mold and Mildew Solutions System along with a thank you for saving him from a $7000.00 residing bill. 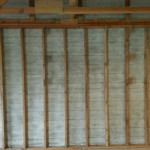 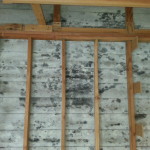 Liz went to a lot of work to make sure her new baby had a special and unique room to come home to.  The main colors are from California Paint’s Color Is collection; Grapes Treasure and Savoy and they were mixed in California Paints Enviro-Tech Eggshell Zero VOC paint. 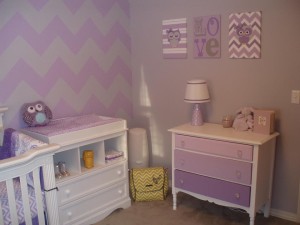 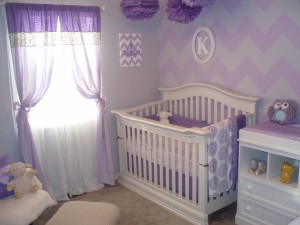 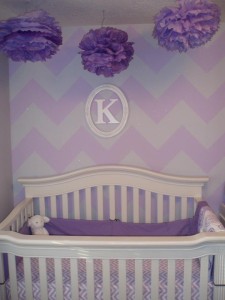 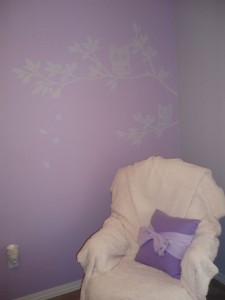 For my project I found the perfect wallpaper and paint colors. When I wasn’t able to find the perfect color off of a color chart the employees at Salem Paint were able to match the colors in the wallpaper. These pictures speak for themselves as to how the project came out.  Sharon 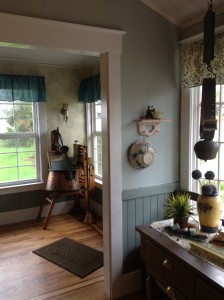 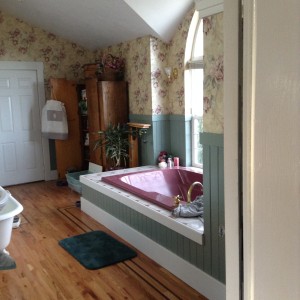 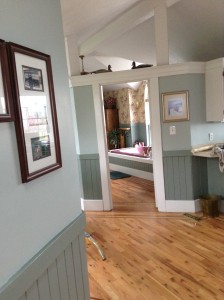 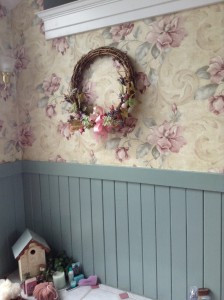 Hopewell Community Church is giving their nursery room a makeover.  They stripped the ancient wallpaper and painted the upper wall PPG Flemish Blue and the lower wall PPG Lettuce Alone. Here’s a picture of the finished room along with one in process. Nice job!! 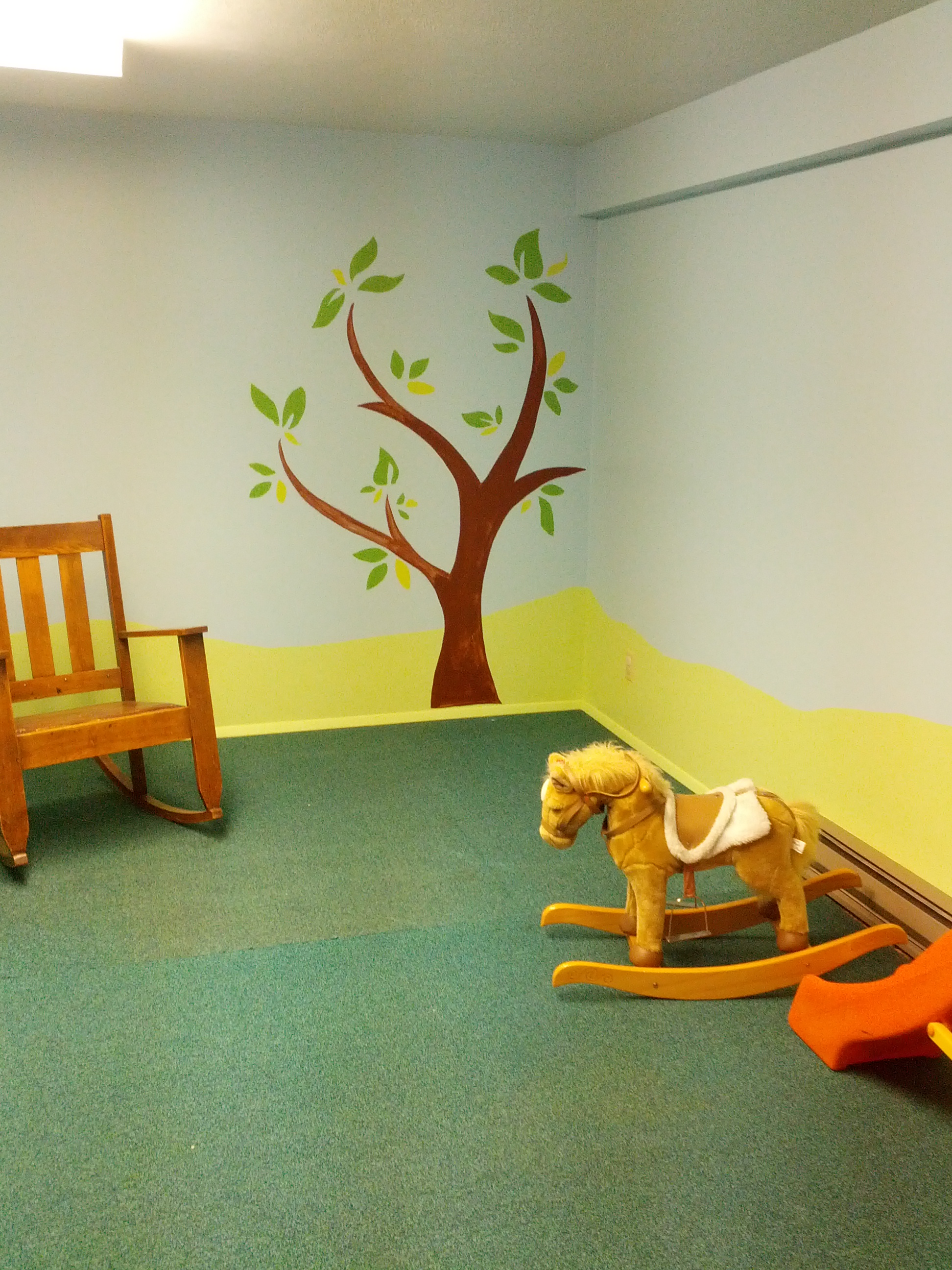 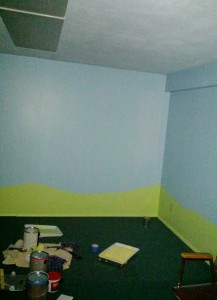 My “OOH LA LA” bedroom …thanks to Salem Paint Co.. What gives it the ooh la la is the red accent wall, California Paint’s Codman Claret. Craig and Carol are a pleasure to work with. locally owned and operated. keep your dollars in Salem. – Christi 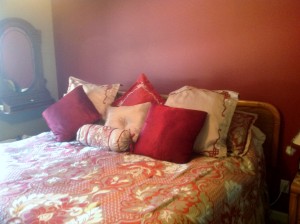 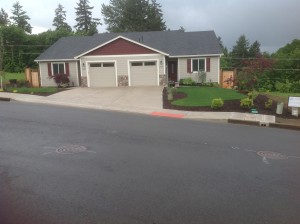 I know this is mostly flowers but you helped me pick the pink for the walls… which is AWESOME!!!!  Lori 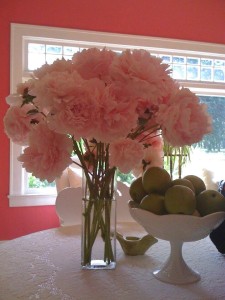 Sometimes I’m pleasantly surprised. We’ve been selling the California Paints for almost a year now but, other than brush out samples at the store I hadn’t had a chance to actually use it. That opportunity came last weekend with the repaint of my son’s room. 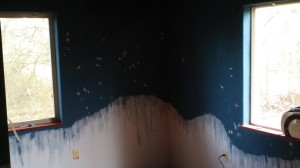 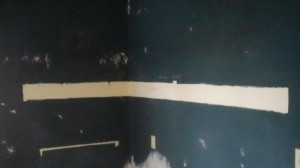 We had painted it Navy Blue on the  ceilings and upper walls with a lighter blue below. The stripe is the original white left from the removal of his bunk bed. We chose a cream color for the room from California Paints and mixed in the California Paints Unite. 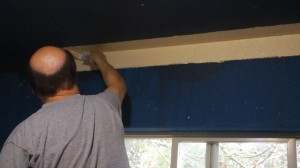 I did the cut in.  With light colors we usually use the same color on the walls and ceiling. We like the look and it makes the cut in easier. I use a 4″ Whizz Mini Roller for cut in, so much faster than a brush. (please ignore the glare off of my noggin). 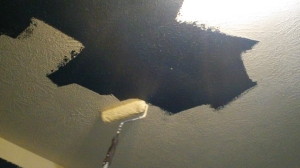 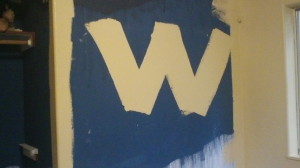 Carol followed behind, first rolling the ceiling and then the walls. She really likes the Whizz Fab 9″ roller covers. They hold more paint so she can go farther between dipping.  I’ll admit it, I brought home enough paint to do two coats. We even discussed a primer coat even though the Unite is considered a primer and paint. From the first roller of paint we realized that the primer would have been a wasted step and when we were done we found that a second coat would also be a wasted step. One coat and the room’s done. I’ve never had that happen before. Cream over Navy Blue, one coat. Okay, we had a few touch ups and a small area where we could have dipped the roller one more time and put more paint on the wall but those were covered in 10 minutes the next day.  So, how much is good paint worth?The Unite paint we used runs around $90 for two gallons (we took home 3 and have a gallon and a half left over), if we had bought lesser paint we would have used 3 gallons and spent around $90 and we would have been in there the next day putting on a second coat. Cream over Navy Blue, one coat.  What a pleasant surprise. 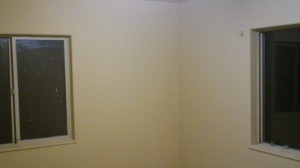 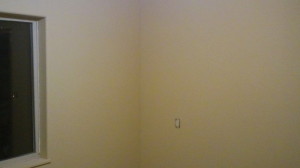